Bidding a sad farewell to New Zealand after returning the camper van to Auckland it's time to move on again.

"If we could somehow... harness this lightning... channel it... into the flux capacitor... it just might work. Next Saturday night, we're sending you back to the future!"

Although its not a Delorean...a Boeing 777 flies me to San Francisco.. A three hour change before a couple of hours flight to Phoenix.. About 18 hours travel time and I arrive two hours before I left Auckland on the same day... I've got a day back of my life...

Time travel is a reality ! 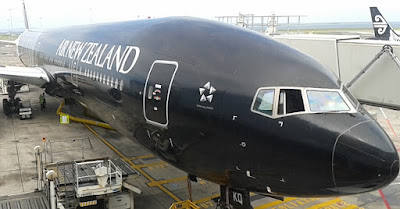 San Francisco... Whatever day it is, or was... I'm not wearing flowers in my hair.. And didn't get to meet any particularly gentle people either.. Just passing through man! 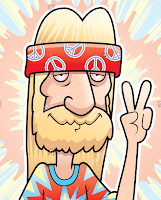 Phoenix, Arizona.
Cactus. Warning signs for snakes. .. This is cowboy country. Bike riders are 90% Harley or Victory mounted. Cowboy boots, denim waistcoat and no crash helmet is the order of day it seems. Not sure how much protection a bandanna provides. Enough to look cool I guess.

Driving out of the valley in my rented Korean badge engineered  Chevy Trax the road rises from the valley into the mountains. Fir trees line the badly surfaced road and snow still clings to the banking.

The measurements have gone back in time to. Miles I'm used to in confused Britain that mixes metric and imperial. But fuel is by the gallon, fruit is sold by the pound, liquid by the quart and temperature in Fahrenheit.. I hadn't realised how much I accept metric measurements until there are non.

While we're on the subject. One US gallon equals 3.785 litres.. Filling up at $1.79 a gallon. Which I work out to be roughly 33p per litre. Hmmm! no wonder there so many HUGE pick-up trucks around.

At seven thousand feet altitude (that's two thousand one hundred metres) Flagstaff will be my base for a couple of days.. I'm on Route66. A quick view of the grand canyon is an easy drive from here, before I move on to seek out some iconic Route66 memorabilia. I'm into US tourist mode.. Doing one sight and moving on to the next. Hot damn!

Put me on a highway, the interstate.
A dirt road to any place


Long as I'm looking gone.
Chasing down some blue skies,
in my old truck, tune the world out,
turn the radio up
and sing along to my freedom song

Holes in the ground

Grand canyon ... It's an iconic symbol of America, but unlike lots of icons it lived up to its billing. More than lived up to it.. I was genuinely stunned by the scale and immense natural beauty of this wonder of the world. The layers distinctly highlighting what geologists see in lumps of rock. 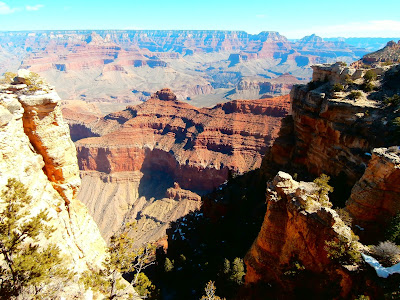 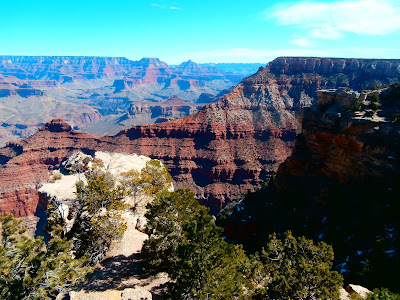 Getting away from the built up visitor facilities shows the area at its natural best.. And as usual I appreciated being away from other human beings, especially when they are excitable "jeewudchalookatit" Americans!

A bit further down the road is a Meteor crater showing what the impact of a small rock can have given enough velocity. The information at the site says the crater is 1200m diameter and suggests the meteor was approximately 50m and the speed of impact at 12.8km/second (28,000mph) with an impact of about 10 megatons. The meteorite was mostly vaporised on impact.

Quite an amazing sight.

Route66
The "mother road" "America's high Street" all the other clichés that apply.
In reality Route66 is little more than a collection of towns along the remains of the old highway to California surviving by means of memorabilia and tourists keen to live the legend. 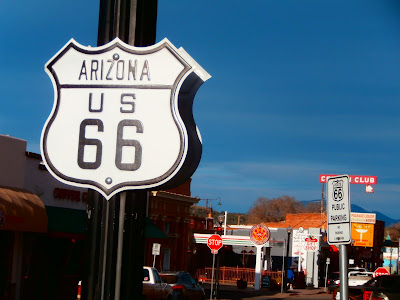 The modern interstate 40 allowing free flowing modern traffic to bypass once thriving businesses. But the romanticism of the migration of the population from recession hit east to the golden west coast along a road bridging the continent continues to draw travellers to the dusty remains.
And there is something that makes it worthwhile. A vision of what was, an escape route to a better life. 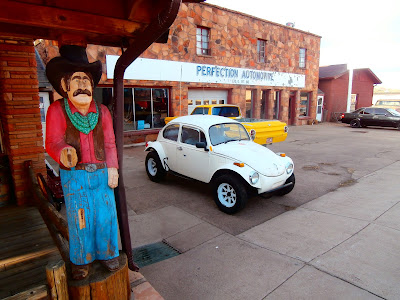 The human belief of being in control of our own destiny is as bright today as it was a hundred years ago. 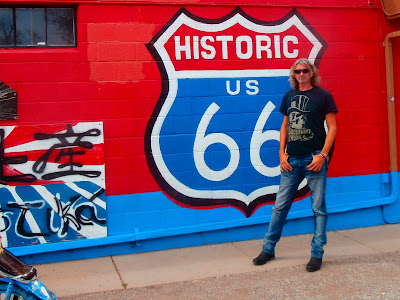