Wake me up when September ends...

So after a bit of a break from blogging, planning and generally working..all the time! It feels like I should start getting things moving again. As the year races by and it's already August I would have been on the road for more than 3 months by now. Conversely it's only 8 months until I plan to set off again.. This is a strange place to be. Neither here not there.
I have had a couple of mini adventures, first taking a trip down to Brittany on the Triumph in June. I managed to carry a surprising amount of camping gear on the back seat and had a thoroughly enjoyable week in the warm French sunshine. Lots of glorious French food and wine, warm nights, hot days and buckets of local muscles made it a trip to remember.
A month later and the Kawasaki was fully loaded for a trip to Cornwall and the chance to test out some of my collected camping paraphernalia.. The additional tarp on the front of the tent proved its self to be an invaluable addition and I slept extremely well on a lightweight inflatable mattress. Apart from the chain leaping off the sprockets about 10 miles from home it went very well. I knew the chain was worn, with a severe tight spot but I had hoped to make it last a while and replace it during the winter.. But it cried enough and after slipping it back into place we limped home without further mishap.
One thing I did find out was that the seat on the versys was not at all comfortable for any type of long distance. Since getting back it has been suitability modified with the addition of a gel insert and a new cover. It remains to be seen if it is viable for more than a couple of hours non stop travel.
One other short trip I did in June was to go to the hubb meeting at donington park, which proved a very enjoyable and inspiring weekend with lots of great travel stories adventure films and some useful advice
Since then it's been a case of all work and no play. Earning cash, stashing savings and sometimes spending more than I should! But right now it feels that having been given the additional time to save I don't have to try so hard. Maybe that's a bad thing but sometimes life is for living and 3 months ago I was about to manage on what I had, if I can't manage better on what I will have it was a fools plan from the start.
I am seriously considering a ride to the Adriatic coast in September. Wednesday to the following Thursday taking in the motogp round at Misano... Part of me is saying do it, another part is saying spend the money on a few bits I need to do around the house.. Troubled times!! Hardly!!
On the house subject, I am now leaning more and more towards selling up. What I will do when I get back I don't know, but I have lived here for 10 years. Longer than I have ever lived anywhere in my life and i it feels like time to move on.. And yet it is somehow difficult to imagine doing so. I guess that's the downside to settling in somewhere, you get to know people and places get familiar. There are positive and negatives to every situation in life.
I have been thrilled at the uncertainty of travel on my little trips. Not knowing where I will stay on that night, getting lost and finding my way with equal aplomb. It feels like what I should be doing. So I have gained another insight into what works for me.
So. The plan for now and in the new year is to  start the buildup again.

One major milestone before all that will be the birth of my first grandchild in a few short weeks from now. An occasion I wasn't going to be around to see had initial plans come to fruition. More to follow on that one!
Granddad will report in again soon!
So long as this blogger app on the tablet manages to actually spell the words I type! 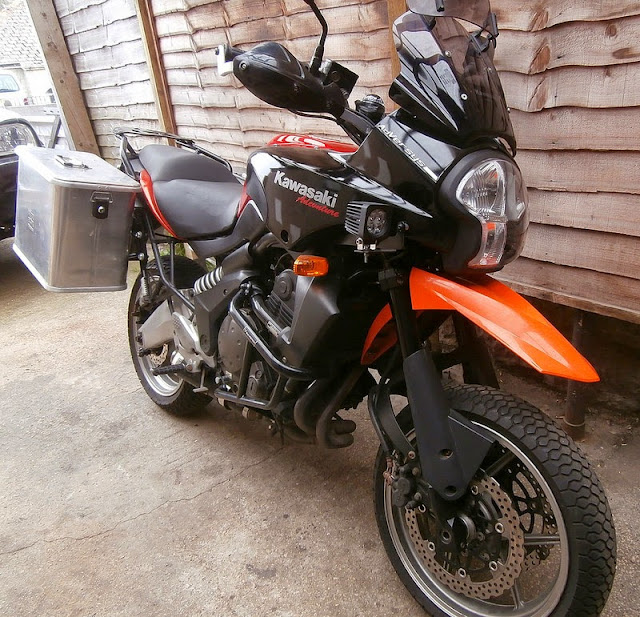