Travelling through the fabulous hills and lakes of New Zealand's north island. 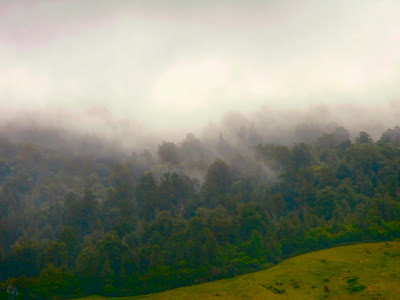 Disconnected from the elements in a "car" which is always an inefficacy to me. That connection with the sun, the air and the land (and the rain) is what makes travelling by bike so thrilling. So utterly involving.

The roads through this part of New Zealand are made to be travelled by bike. With twists and turns up hill and through valleys. It's my one big disappointment. But having made the (correct) decision I've just got to live with it... I'm just feeling the difference of being just another camper on the trail.

New Zealand's thermal activity is not something I had anticipated. The geology I guess is obviously volcanic if you look at it... I hadn't! But it is very active which I suppose is better than dormant of you live on top of a ticking eruption. 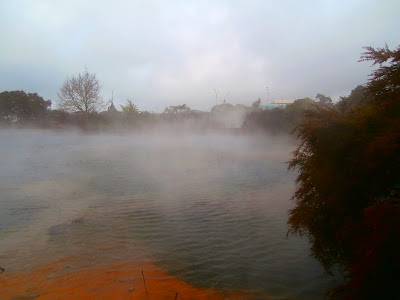 I hadn't also considered that New Zealand was used extensively for locations for the lord of the rings films. As such there are lots of places that have since become tourist attractions. There are definitely a couple of those I would like to fit in.

I think I was being a bit unfair to New Zealand in my first few days. I wasn't in the right frame of mind. I thought I enjoyed Australia but new Zealand has gone above it in my chart of good places to be.

The climate might not be as climactic temperature wise and summer rain is as much a fact of life as it is in Europe. But  if a land is green that's because it gets wet. With hills and coastal landscapes affecting the weather it can't help but be cooler than its near neighbour that has vast flat inland plains superheating the summer winds.

Passing over the hills and mountains of the southern counties of the north island. Twisting roads with snow capped mountains. That led me to the south west coast. 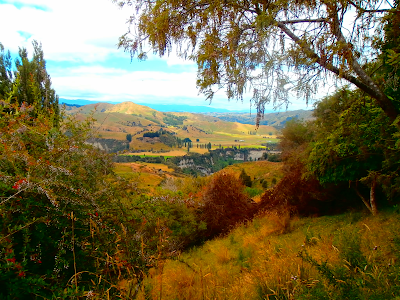 With the ferry crossing booked for Friday, I ended up with a free day. So after a little investigation, the film set for Rivendell (home of the elven folk) in the Lord of the rings films was relatively nearby. A fabulously narrow and twisty road over the hills delivered scenic views by the bucket full that a camera can never capture.

To the mainly unforgettable town of Upper Hutt. But just a short trip up the hill is Kaitoke National Park. A wonderfully lush verdant valley with camping at less than £3 a night.. The Rivendell set is well marked, but as most of the scenes were digitally created and filmed on location sixteen years ago, there is little to see with regards to the movie scene
Still a magical place though! 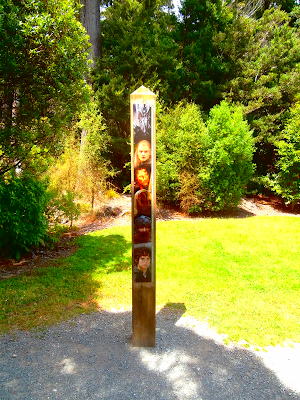 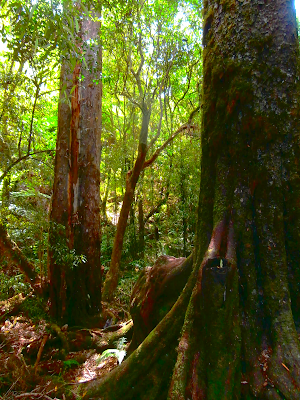 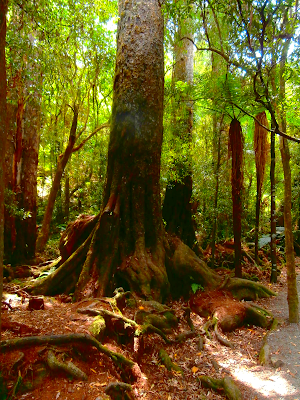 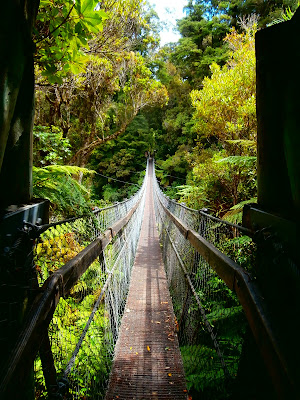 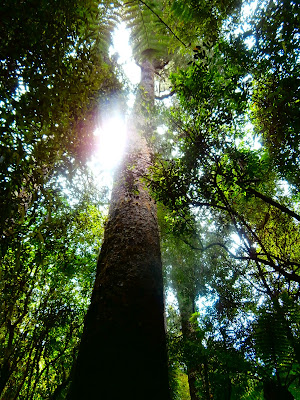 The road into Wellington was easy and the boat ride smooth as it entered the fjord that leads to Picton. The "gateway to the south island"