I saw eternity the other night.Like a great ring of pure and endless light , All calm as it was bright , And round beneath it time in hours, days, years , Driven by the spheres , Like a vast shadow moved in the world And all her train were hurled .
– HENRY VAUGHAN , ‘ The World ’

After the tourist time in tropical north Queensland it was time to start my journey south. First back towards Cairns and on to Townsville which I bypassed on my way north.

An overnight stop, camping for free in a rest area gave me the opportunity to get a bit closer to the sounds of night time Australia. Before moving on to another camp site just north of the little town of Mackay. The night sky providing a vast natural umbrella of vivid stars to sleep beneath.

Having passed through Ayr travelling along the Bruce highway through to Mackay in this little reminiscence of Scotland, the road passes through a flatter section just inland from the Whitsunday islands at the southern tip of the great barrier reef.  Before reaching Rockhampton. Where it's time for a little motorcycle maintenance.

A kawasaki dealer in town sorts out the oil and filter change its desperately needed for a while. Changing them myself in Russia was relatively easy. . Disposing of used oil in the back carpark of a motel in Australia might be a bit more difficult.

not much to tell about Rockhampton. It is apparently the beef capital of Queensland. More interesting to me was that it sits on the tropic of capricorn. From here south the climate eases a little.

By the time I reach the un-sunny sunshine coast I've worn my textile bike trousers for the first time since Russia.. A caravan camp site by the beach is ok, but not a particularly peaceful place to stop. But as a temporary stop it's acceptable. . . I'm within reach of Brisbane now which is where I meet up with Simon for the ride down to Melbourne. 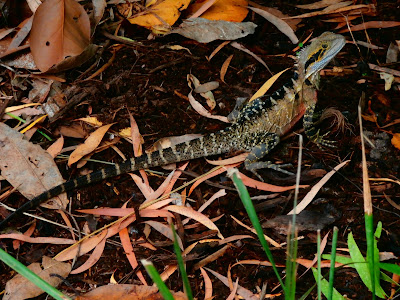 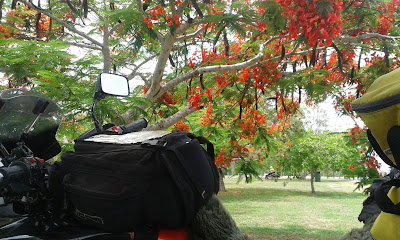 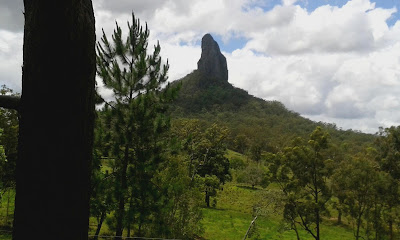