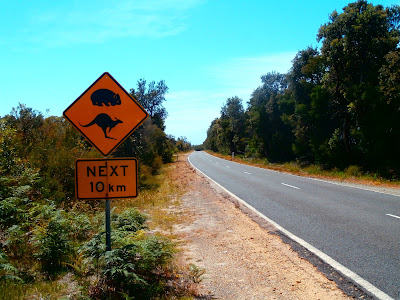 Not only has reasonably fast Wifi been hard to come by, I'm struggling with the video editing software I've used all the way through, which for reasons known only to itself now won't recognise the video format I've been filming in. Finding a solution or replacement is not proving easy.

So for those watching the YouTube vids, they are quite a way behind now.

And to top it off the blogging app is playing up as well.

So... A bit of a catchup since the last post.
(this post is a bit heavy on the pictures)

Brisbane is a relatively small city. And leaving it was fairly easy. A steady days travel brought up to Byron bay. A lovely little seaside town with a hippy vibe. Surf on the beach and flying foxes over the campsite. A few folks that "dropped in and dropped out" man!

The bike had been feeling a little odd and a bit of investigation showed up a knackered rear wheel bearing.  Luckily I had the right spares with me and it was easily repaired.

An overnight stop at Urunga was a cool place to stop and with perfect timing the heavens opened not long after pitching the tent. A walk along the coastal boardwalk was a perfect lookout point to spot wild kangaroo and marvel at the multi directional waves as they broached the sandbar that had brought about the demise of several ships when the area was heavily used as a trading port. 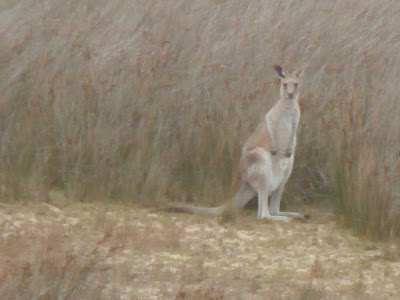 The next days journey was through some wonderful coastal roads. . Forested lands meeting crystal azure waters. Wide lakes and wooded shores providing a cool ride through the heat of the day. With a vague plan to camp lake side towards the end of the day the weather played a part in the decision as a tropical storm moved in, forcing an overnight stop at a little hotel in small town Australia. . Almost expected the Sheriff to ride into town to stir up a posse to ride down the cattle rustlers. - A bit wild west! 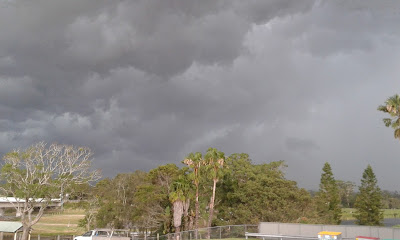 Down through the town of Newcastle, complete with its own (prettier version) of Wallsend and down the coast towards the beautiful Australian lake district. With cool air temperatures and shaded roads alongside crystal clear lakes it is a fabulous part of the world to ride through. Staying off the main highway as much as possible added to the distance between towns and destinations, but the scenery and sudden explosion of amazing views as you travel along is more than worth it. Each sublime view surpassing the last in a never ending competition for the most astounding vista.

Heading into Sydney the inevitable build up of urban traffic is magnified after the glorious space of the country roads. But the harbour bridge and opera house are a required photo opportunity even if the security man was less than happy with me riding right up through a pedestrian area to get them ! - never mind - I'm moving on - thanks! 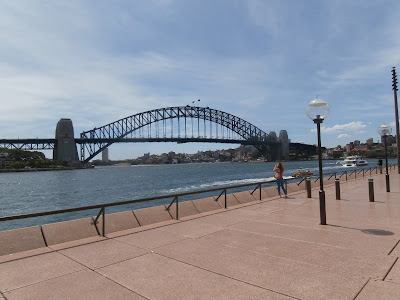 South of Sydney we forgo the opportunity to pass Bondi beach, but having seen "Surfers paradise" I don't feel like I missed much.

Another coastal road diversion takes us towards Wollongong - the industrial home town of Wayne Gardner (former world motorcycle champion) - the highlight being the road into town along a coastal bridge, before finding a peaceful camp site at Killalea state park. The swarms of flies in the morning driving me to distraction as I packed the tent away was like some game show trial! 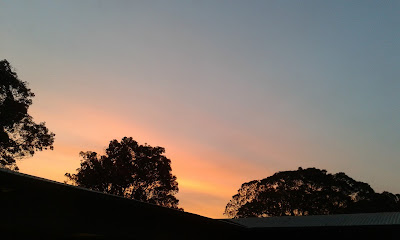 Another bike issue was causing more concern than it had done so far and despite adjusting and lubricating the chain before leaving, the safety of the ride was badly compromised by the state of the drive chain and I decided that I had pushed it as far as I dare. Stopping at a motorcycle shop on Nowra was well worth it as a new chain and drive sprockets were purchased and fitted for about the same price as buying them in the UK. The bike massively improved afterwards and my fear of being launched down the road with a locked rear wheel cast aside. 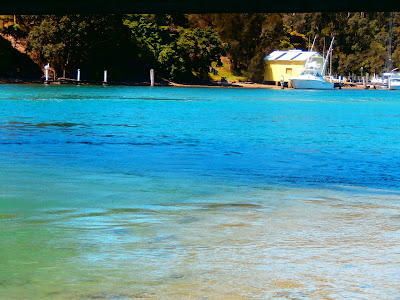 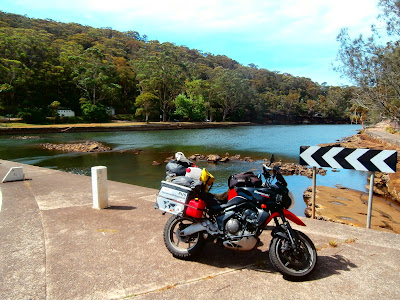 With yet more amazing countryside to travel through the crystal clear azure waters of  lakes entrance burst into view as the road twisted and turned through the wooded hillsides. A town named Eden promised a lot but delivered little and just the other side, the wide open space of a beach side camp site provided a place to pitch up and have a camp fire. 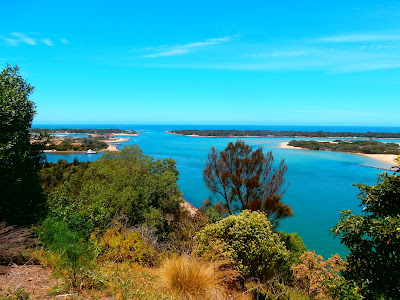 Ridinf still further south brought us onto what is locally known as Wilsons prom. A drive along the peninsular leading to a camp site at Tidal River. A place that could easily be from the Jurassic period with a long sweeping beach and not surprisingly a tidal river!
The local wildlife, obviously used to human occupation were not put off by tents and camping activity. 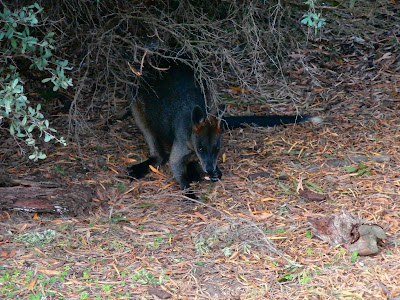 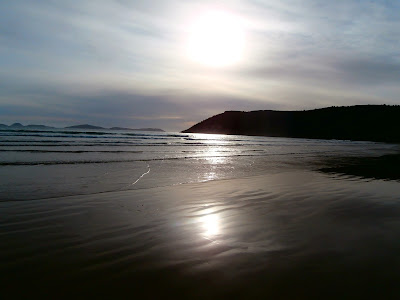 With wallabies and wombats getting close enough to undermine the tent overnight.

Phillip Island - the venue of the Australian motoGP and world superbike rounds and a place I've wanted to get to for a while was an interesting visit despite it not being a race weekend. Sadly a race school event meant getting into the circuit was not possible, but the visitor centre and a view of the circuit was enough. 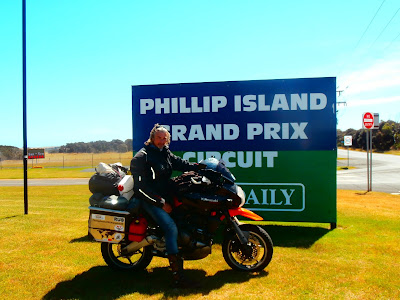 Sadly camping overnight at nearby Cowes was not as peaceful as the surrounding coastal landscapes. 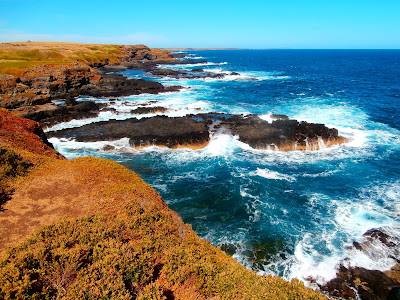 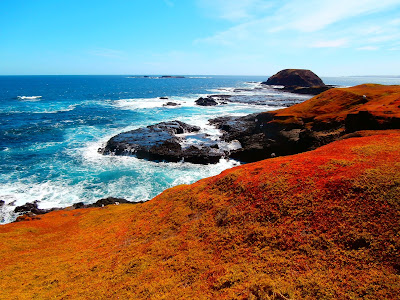