A song of mountains and ice

To live in the city of crowds, traffic and constant noise, to be always striving, to be in the ceaseless competition for money and status and power, perhaps distracted the mind until it could no longer see—and forgot—the all that is. Or maybe, because of the pace and pressure of that life, sanity depended on blinding oneself to the manifold miracles, astonishments, wonders, and enigmas that comprised the true world.
Dean Koontz - Innocence. 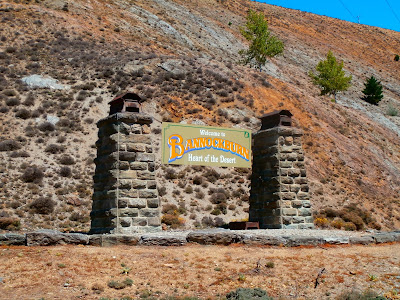 Continuing the slightly Scottish theme of the south island's highlands.
I camped at a site in Bannockburn, so utterly quiet and dark at night I could only hear my own heartbeat,just down the road from Cromwell. Where the highlands motorsport complex is situated.

It is a modern development that has everything a Motorsport park should.
Sitting on a grassy bank in the summer sun with a cool beer accompanying the rumble of V8s competing with more nimble old British sports cars around the complex twists and turns of the circuit. 60's cool, but the sun is hot. 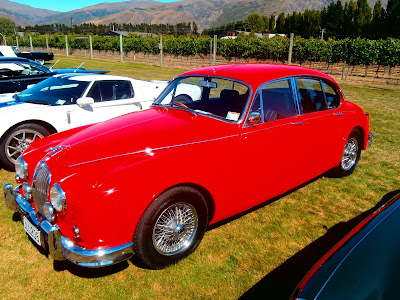 The most amazing car shape ever built (A two door '57 Chevrolet BelAir) was among the many interesting old motors on display. 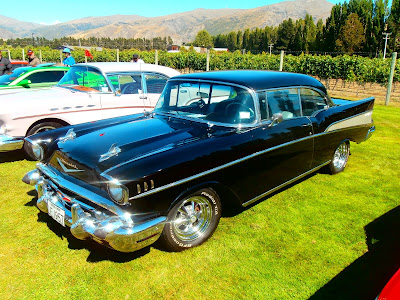 All set to the backdrop of mountains and clear blue skies. I can see why the Scottish pet food millionaire and ex car racer bought and developed this petrol head playground.

Feeling slightly inadequate now though.
One vehicle on display was a 1981 Ford tractor. With a caravan that had travelled around the world... A tractor! With a sign indicating a max speed of 20 kph. It only took a year to complete the journey. I've met cyclists, I've met walkers I've met car drivers in totally inappropriate cars taking their own version of an overland adventure. I didn't expect anyone to have done it on a tractor! 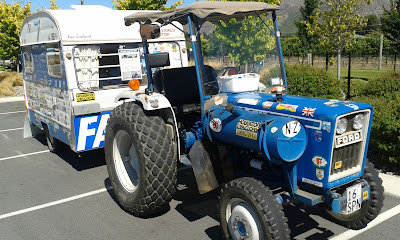 Heading North West from Wanaka  the lakes and scenery expanding and exploding into view with an intensity that it is impossible to describe. You think you've seen the most amazing view ever, only for it to be outdone at the next turn of the road or crest of the hill.... It would be easy to become blase when your vision is overloaded with so much input, but honestly, every single sight takes your breath away. 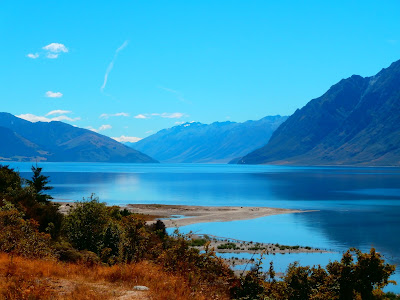 It's a superb biking road and as the valley narrows, it leads to an open flat plain bisected by a wide river bed at Haast. Judging by the numbers, many bikers of all denominations seemed to be in  agreement.

Once at the coast, huge distances of tropical rain forest followed. Alternating between clear lake waters or the sweeping beaches seemingly untouched by humans. Sand blasted, wave tossed and sun bleached tree trunks holding all the land rights on the grey sand. 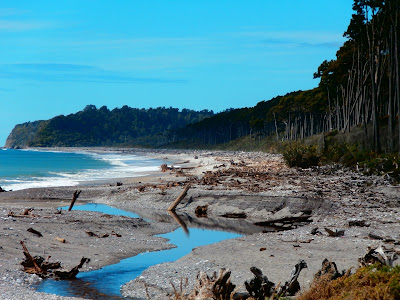 Fox Glacier... Not minty! Blue and ice, but mostly gravel. It's retreat along the valley seemingly unstoppable as the water drains ceaselessly down the vast ice created valley. The price of progress elsewhere on this little planet. 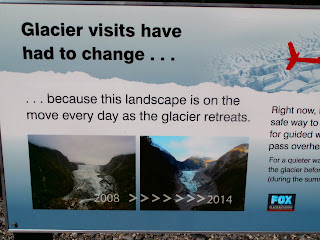 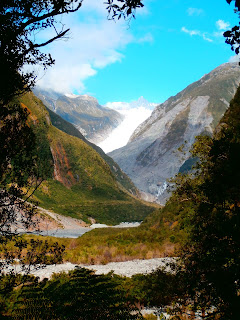 Late lunch time and a cafe on the main street has tasty food, a cool beer and a back packing ukulele player sat quietly strumming on the street corner, providing a gentle backdrop to accompany the chirping cicadas. The tranquillity almost constantly broken by the frequent thud of helicopter blades ferrying those with the credit card balance to see the prettier side of the glacier. Thereby adding to the problem that is reducing the glacier...

The sun is HOT here... Latitude making a difference? I've got used to hot weather after 9 months of summer, but sitting in the sun here burns my already tanned skin... Finding shade.

Further north the same echoing peace is utterly undisturbed. The tourists helicopter flights concentrated on ice flows rather than the simple natural beauty of the forested mountains and lakes. A small flightless bird hoots, cicadas chirp, all under the ever present watch of the ancient wooded hills. 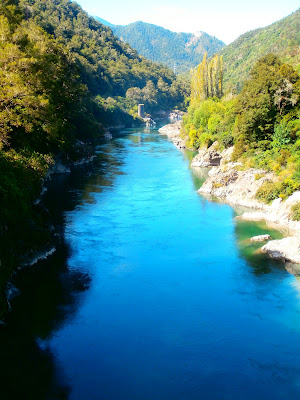 What is it with Germans?
All through New Zealand... There's lots of them here.. I don't have a problem with Germans as such, but in a DOC (department of conservation) camp site there is lots of space. A whole field... Yet they park next to me? ... Stopped to make a cup of tea in an empty car park, with a fabulous view of the mountains. A bloody great rented camper van rolls up next to me blotting out the scenery... Followed by a cheery "hallo" with a German accent... A camp site that is fairly busy, the site owner says park anywhere, so I find one section where there's no one else (it's furthest away from the toilet block!) Late in the evening a camper van rolls in and parks next to me..... You can guess the spoken language... Aaaaahhhhhhhhgggggg! lol.

When I was young(er) the phrase "at the turn of the century" referred to 1900... And with it was some historical artefact or location. It occurred to me today that the same phrase now refers to the year 2000.

I must be getting old!

I raise the subject because New Zealand like most countries offers tourist guidance via a brown coloured signpost for points of significant interest. New Zealand's "historical" sites are from the "old" turn of the century. In fact not very historic at all!

Further north now. I turned inland as the coastal route was getting a bit less interesting. The mountains might be gentler, but the scenery, flora and fauna are just as incredible as ever. 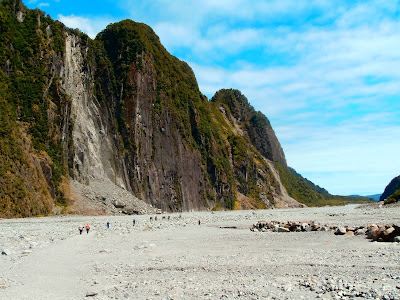 Experience of the day today? Well NZ has a lot of narrow, single carriageway bridges. Give way signs at each end ensure the infrequent traffic arranges its own passage according to the oncoming traffic. Not difficult when the number of vehicles on the road is a low as it is. However. This particular single track bridge is also the crossing point for the railway line!!!! Brings a whole new meaning to the perspective of "GIVE WAY" 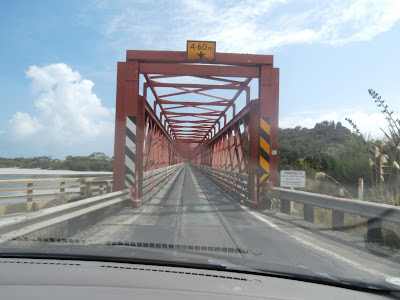