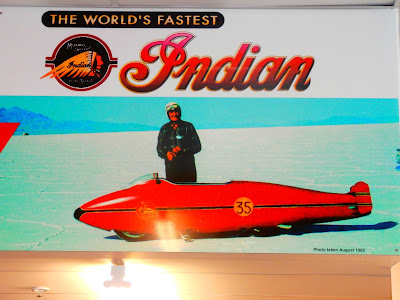 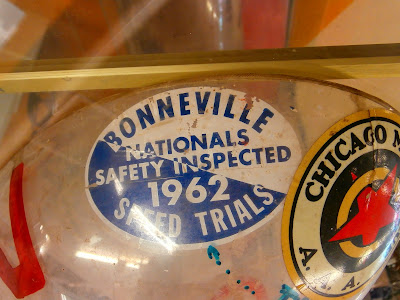 Now look at the bike... And ... Imagine doing 191mph on it... Actually... Imagine just doing 100mph on it (that's probably more within most people's limited  imagination of speed) 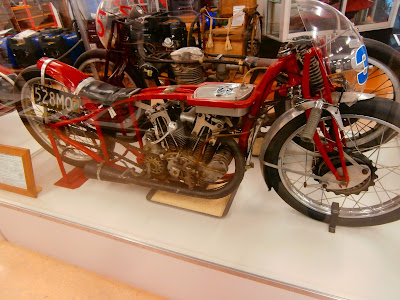 Burt Munro did that when he was in his 70's...
What exactly is stopping you from achieving anything in your life?

Invercargill is, not unexpectedly, not much to write home about. But the hardware store in town, selling modern tools, mechanical and service parts. General maintenance stuff, also doubles as an interesting museum of old vehicles, nostalgia and memorabilia not only about Burt Munro but other kiwi motorsports legends. It's my idea of how a shop should be. It is home to the original, genuine Burt Munro special.. Indian scout. 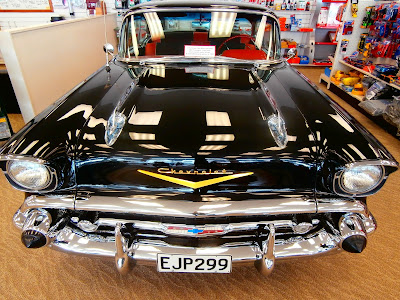 Completely off topic....At this point, can I just offer my thanks to Mr Jamie Lancaster for introducing the word "shizzle" to my vocabulary last year.. (Polite - read child friendly  version of shit!)... I've started using it all the time.. . Mostly when I'm talking to myself!
....I fucking hate that word ;o)

So waking up to 7°C in Invercargill was a bit of a shock to the system. Time to move north.. Quite literally the polar opposite of what you would do in Europe to find warmer climes..
A two hour drive to Queenstown saw the temperature back into the 20°'s ... That's better.. Thank-you. 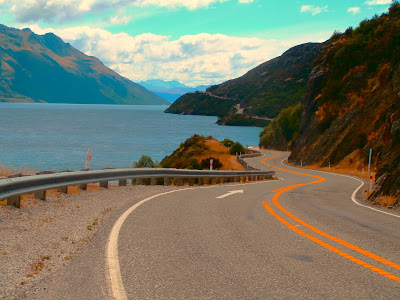 Queenstown. Lovely lake side town reminiscent of ... (Had to Google it) .....Windermere.... but bigger.But man! Its busy!

Packed with backpackers.. Haven't twenty somethings got anything better to do these days? Three campsites in town all like some European youth refugee camp..
Time to getouttatown!

A drive through some supercalifragelisticexpialedocious! (see previous blog entry) scenery brought me to Cromwell... Although Olivier wasn't home, it does house the "highland Motorsport complex" and this weekend happens to be "speed week" (sic)

Guess what I'm doing this weekend?
...
No not camping in my car/van/camper getting drunk on red wine (I don't have to cool it)
... Well yeah that too...

As another aside
..... I read Steven Kings book "on writing" and right now I'm breaking every rule in the book... But hey!.. Rules are meant to be broken..it's what they're for. (I'm currently on my twenty second book of this trip.. "The Martian".. By Andy Weir... Which is probably influencing this blog entry)

The West coast.. The fabled west coast that everyone has told me about the south island.... Yeah... It's alright!.... I guess. If you like that sort of thing. Mountains, lakes, the odd glacier... Yeah not much to write home about at all...

'Scuse my french, I'm suffering from a lack of superlatives again... ITS FUCKING AMAZING! :o)

I simply don't have the words to describe this area. My camera can't do it justice. I can only say if you get one chance in your life to come to New Zealand.. You will not regret it. I would guarantee it, but I can't afford to refund your airfare if you are some wierdo who is not completely satisfied. 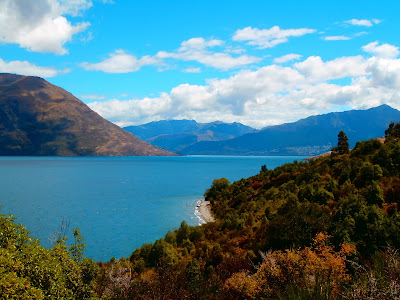 I've figured out a couple of things today.. I've been listening to a lot of music since I've been driving rather than riding. My MP3 player has something like 4500 tracks of music so I've got plenty to go at on "shuffle" mode. BUT what it does is force me to listen to whatever is playing. All through this trip, riding the bike, I've found myself singing out loud some random tune that pops into my head - sometimes something completely obscure that I don't even like.SECOND BUT - it is freedom of thought...in the same tone, ideas, thoughts and random observations have appeared in my mind. Listening to my music has filtered/masked and blocked those random brainwaves. - I switched it off today. wound all the windows down and blew away the cobwebs in my mind.

The other thing was that driving is not very interactive. It probably is, but its less interactive with the immediate surroundings than riding a bike. I'm sat in a comfortable chair, I can control the environmental surroundings. more/less wind/air/heat/cool. A bad/wet road surface doesn't matter. I can choose in car entertainment. I can sit back relax and take as much or as little notice of the passing world as I choose. If only more car drivers experienced just once the utter involvement in riding a bike. its complete connection with its surroundings and the riders total control required to make it all happen. If you've never done it I can't explain the difference any clearer than that. Choose life - choose a bike! 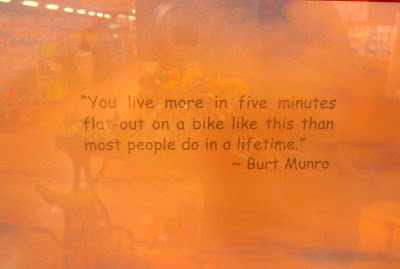 Looks and sounds amazing Mark
What a fantastic trip - great writing too.

Wow - name checked by a big time blogger!!! I am dead chuffed and all that shniz.

The camera seems to be doing an excellent job, but I can well imagine that the full effect is way beyond what anyone could capture.

keep up the good work fella!!!