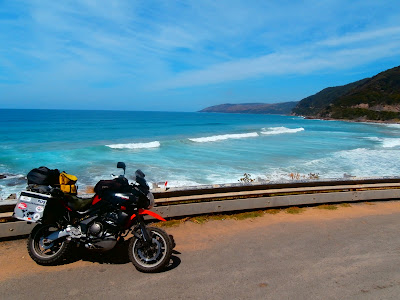 Events can seem random while you're living them, but when you look back, what do you see?
A chain of coincidences? Plain old luck? Or something more?
What you see is a clear path. More than that. A true path.
What are the chances these things would have just happened on their own? Each piece falling into place exactly when we needed it?
There is a power at work. Something beyond our understanding. You can call it what you like.
It doesn't need a name because it knows yours.

(All these little pre-ambles have at one point or another bubbled to the surface as I contemplate my way along the road..marvelling at nature's magnificence or man's ineptitude.. Some of these words actually made sense to me at the time. If they don't to you dear reader, simply pass on by. They are after all, mostly the ramblings of an over-active stress free mind!)

January (high summer - how odd) Saturday after new year, dawned cool with overcast skies and temperatures at around 16 degrees. After the recent  numbers that felt bloody cold to me!

With the wind making up for the lack of effort from the temperature, the ride heading back east along the same bumpy dull road I passed along my way westward was challenging. Gusty winds mixed with salt swept from the dried lakes picked me up and then dropped mid corner.

More hill than mountain
Along the road to Mount Gambier I decided to look for some camping availability and was checking my maps when I was asked if I was looking for the race circuit? - Err! no, but is there one and what's the occasion? - It turns out there is a classic race meeting at Mac Park a little circuit just outside town...

Decision made and a camp site secured - Sunday's activities looking good with I'm told classes for older bikes (BSAs and Triumphs etc) and "newer" classics like 1990's superbikes and the like. Should be good!

Or would have been - I got to the circuit on Sunday morning to be told the races had been cancelled as sadly a rider had died in a pre event race the previous afternoon.

Kids!!!
So with a spare day it was time to explore the interesting volcanic area around Mount Gambier. Where an amazing blue lake fills the remains of a volcanic crater, where overheard quote of the day was from an american teenager who stood looking at an information board overlooking said volcanic crater asked.. "OK where's the volcano?" - err! - it's in front of you DUDE !!! lol

Moving on....
Still heading back east with no rush to get to Melbourne.

Stopping at Port Fairy, where no one was dressed in pink, a week long music festival was in full swing. With a folk band playing on the grassy main street corner in the centre of town and the local bars advertising evening musical entertainment. A lot of local Irish references and many republic flags in evidence.

I guess Australia's different regional cultural references must go back to the homes of the original European settlers?

During a walk along the wildly windy beach I came across what looked like a recently dead bird. That after checking I think was a relatively rare giant petrel. Sad but interesting none the less. 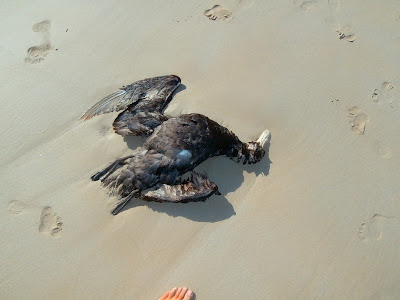 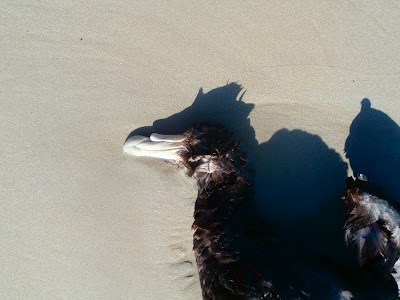 According to a bloke on the campsite later my trip is "RIPPER". Not sure if he was taking the piss "CRIKEY MATE !" lol. 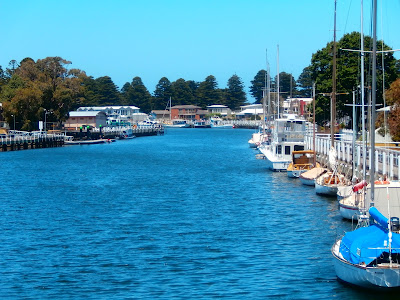 Riding back along the Twelve Apostles coastline gave me the opportunity to get some pictures of places I'd ridden past on the way west. And it seems London bridge has indeed fallen down.

Prior to the collapse...(1990 internet picture) 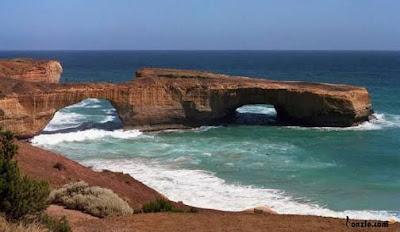 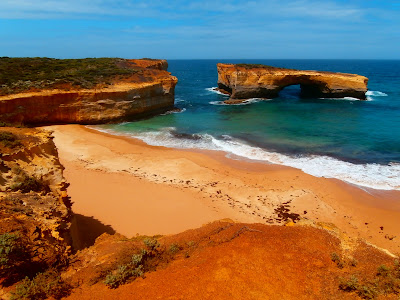 Camping against the Gellibrand river at Princetown was cheap, peaceful and populated by a mob of kangaroos at dusk with two big lads watching over the rest of the group as they grazed. 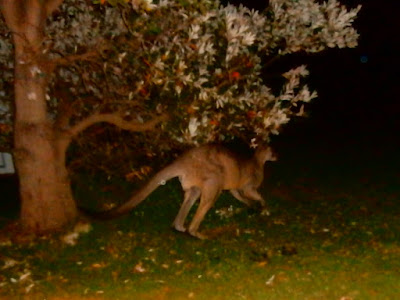 After a day of rest... (I know, its tough!) I rode through the amazing Otway park region. Marvelling again at the flora and fauna of the area. Coming to rest at Apollo bay. Which sounds like the location of an Australian soap. Where I will prepare for the final run to Melbourne and my exit to New Zealand 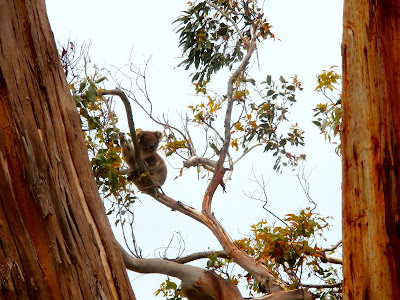 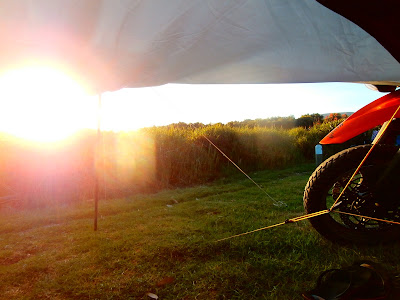 And as the sun sets on my antipodean adventure the land of the long white cloud beckons. Where I will be less an adventurer and more just another hired camper van.. 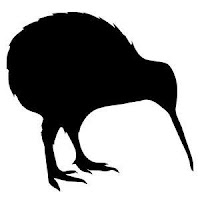 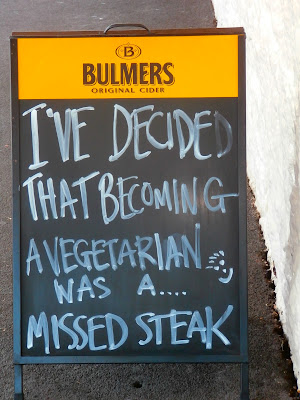