Camping by a fast flowing tidal estuary at Mapua saw out the hot final weekend in the south island. 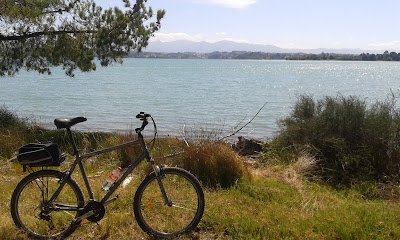 Saturday was a fabulous day covering an unplanned near 50km on a rented bicycle. Along a cycle route through and around the oddly named Rabbit island (not a single Oryctolagus cuniculus to be seen) and out to the little coastal town of Richmond near the "City of Nelson". With the tide having filled the estuary, cooling down with a swim in clear blue water on the way back was fabulous. The 15% discount card from the cycle hire business for the cafe across the road ensured I replaced the calories a had managed to  burn off!

I chose to take the scenic coastal road back to Picton. Why wouldn't you? 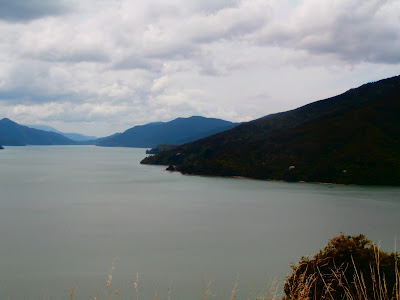 Through the "green mussel capital" of Havelock with enormous views of the water and surrounding hills, it put "scenic" into the next dimension! 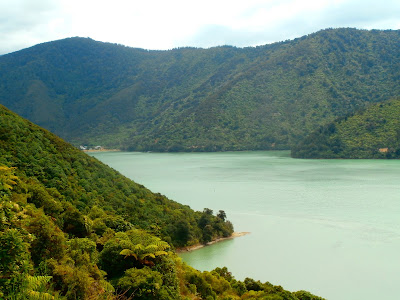 News reports of an earthquake in Christchurch reminded me that these islands are "alive" in so many ways. No casualties and no tremors made it this far north.
The journey on the 9am ferry north passed quickly as I chatted to an early retired couple returning from a walking holiday/break. 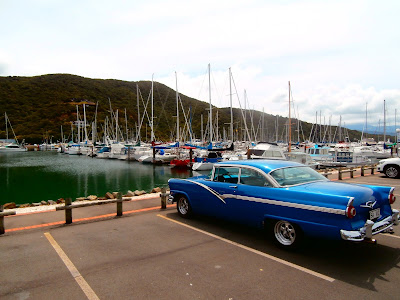 Quickly out of Wellington and on my way north I passed the Kaitoke national park (waving to the elven folk at Rivendell) I had stopped at on my way south and through Masterson to end up at a beautiful little riverside campsite in "kiwi country" at Eketahuna. Despite keeping my eyes peeled for the little flightless burrow dwellers. Just like the rabbits, none made an appearance.

Following the cost road north west through Hastings I stopped at the "art deco" designed town of Napier, that was rebuilt after a 1920's earthquake. Two in one blog entry! A gathering of 1930's cars outside the "Gatsby" themed hotel added to the ambience. 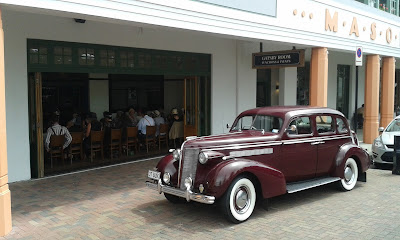 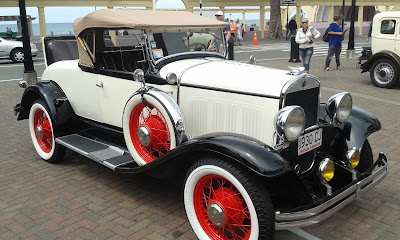 It's late summer now and you can tell as the mornings are cooler as the southern hemisphere heads towards autumn. Although it is very apt to warm up quickly.

I had a sudden strange thought (while not staring at the stars this time) that I am actually upside down! The gravity of that situation struck me as funny!

After a peaceful overnight rest at Morere, the spectacular road to Gisborne brought me to the Waioeka gorge. (Pronounce it how you like... I don't know!)
Although the day turned rainy, the low cloud hanging in the trees and hills brought a mystical edge to the region as the road swooped and turned its way following the contours of the river for the length of the narrow channel carved into the scenery... Tourist guide
An amazing road to drive along. Misty mountains, river waters flowing like a timeless craftsman, carving the valley. Native bush flora with huge ferns and amazing trees allowing this traveller the occasional glimpse of rushing high-rise waterfalls, tumbling down the sheer cliffs. 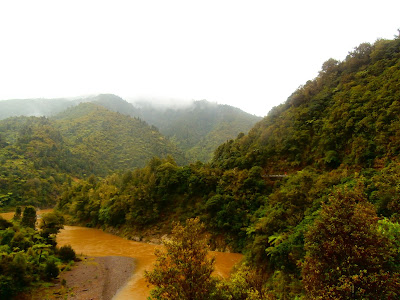 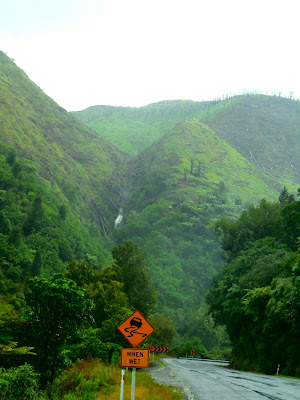