The world is not in your books and maps, it’s out there

Paeroa (pronounced pie rower)
Is the "P" in L&P I know that doesn't mean much to anyone in the UK, but the "lemony" soft drink is the popular bottled fizz in NZ. "World famous in New Zealand since ages ago"

Paeroa is also (almost) "famous" for its motorcycle Street race. That's what I'm here for!
Before that though, Saturday was put over to a car and bike show though with an eclectic mix of old and new interesting and downright strange! 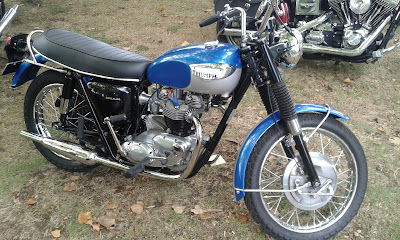 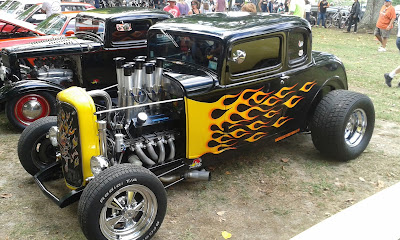 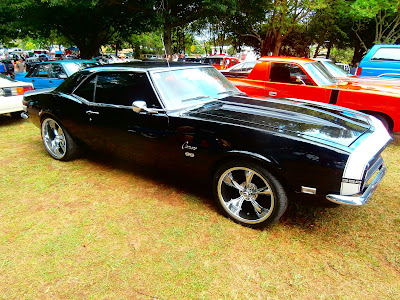 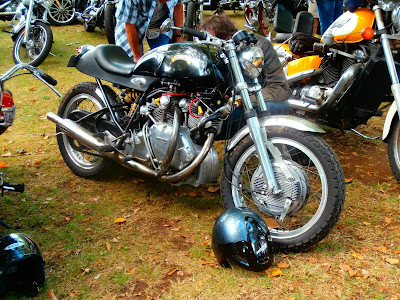 Do the Karangahake shake
After wandering around the show and the parade through the town, I stopped at the wonderful Karangahake reserve. Where old mine workings along a narrow river gorge have become a leisurely walk. Tramlines still go through dark tunnels with "windows" out to the gorge. No lighting or sign means stepping into the inky blackness on trust that "it must be this way" Luckily I was right! A wobbly suspension bridge and a walkway cut into cliff brought me back to my starting point. What a fabulous little place! 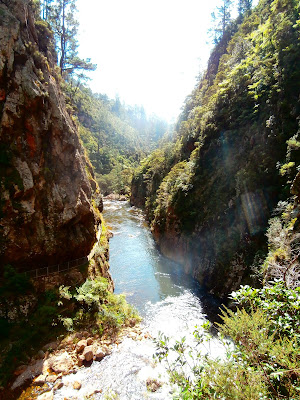 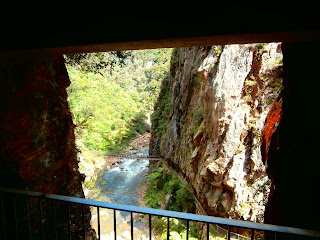 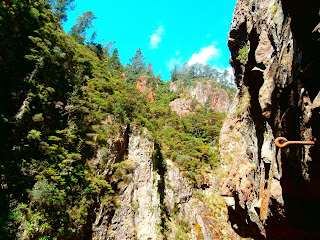 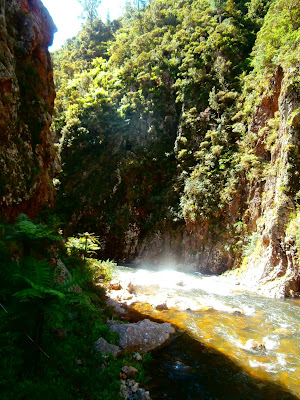 Currency confusion
One thing that's puzzled me since I've been here... The smallest coin they have is 10 cents. ..100 cents to a dollar. So why are items sold at less than fractions of 10c?
If a shopping total comes to $25.73 for example they give you change to the nearest 10c... Bloody silly idea!

"Battle of the streets"
Sunday's Paeroa street races were entertainment on a level that I completely identify with. Modern and classic bikes. Young guys out to prove their lack of fear and old hands still giving it back. Out gunned old stagers still sliding tyres wildly to the edge of the hay bales lined up against the street furniture. Raucous open piped Triumphs and Nortons a couple of Ducatis and Moto Guzzi in the BEARs (British European and American racing) race. The latest super bikes and stuff that looked like it belonged in a museum. All doing what, in the end they were designed to do well in their respective era. Going as fast as the human on board dare go! All within touching distance of the viewing public. 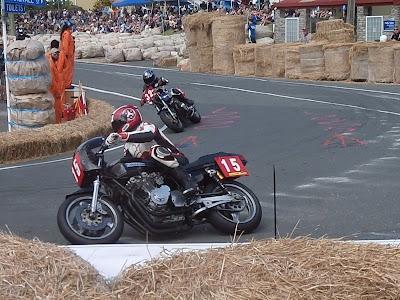 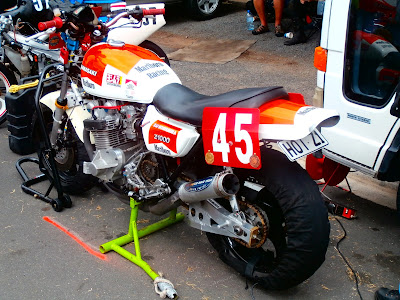 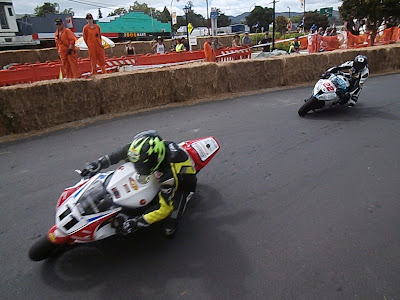 With no visible police presence, it was left to the exiting crowds to organise themselves at the road junctions. But it didn't seem to be a problem. Its a smaller crowd than a MotoGP event granted, but traffic has a way of finding its own way. Some organisations would do well to remember that!

Take cover
One sound that will resonate in my memory of New Zealand is the haunting wail of a WW11 air raid siren. Used to call the volunteer fire service into action. It's a sound that carries across the hills and even for me, despite not being old enough to have experienced the fear that echoing drone must have brought, it is a sound that triggers childhood dread from an age when cold wars were new.


"Not all who wander are lost".
The movie set of Hobbiton, home of the Baggins brought to life. It might be make believe, but it's more real than any theme park fantasy, with more moral meanings in the stories that we could do a lot worse than to live by. An ale in the Green Dragon looking out over the lake at the end of the tour is a fine way to spend some time.

A great experience to visit if you're ever in this part of the world. 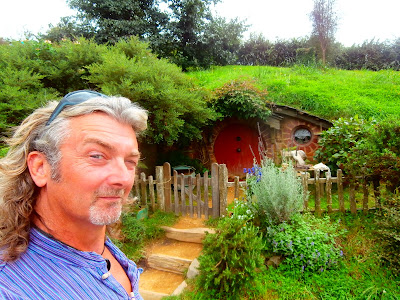 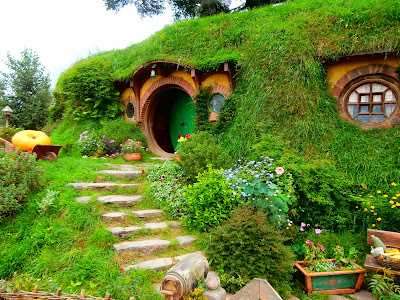 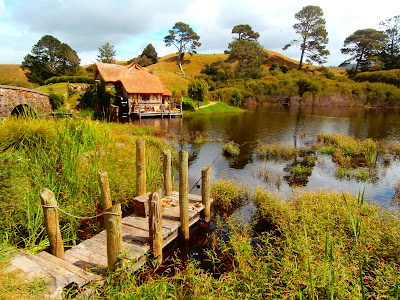 A couple of days by the sea will see out my last bit of time in New Zealand. The car/van/camper is due for return and I move on... Always moving on.. but this time, somewhat reluctantly.