New York! The winds of winter

Americans! (A generalisation)
Its nothing personal, but really!?

I've experienced lots of cultures on this trip. Maybe my own opinion is affecting my view, but why are they all so GODAMN LOUD?!

Airport announcements (I can kinda understand need to be, but) are delivered in a high pitched female wail like she's on amphetamines. S-l-o-w down and people might just have a chance to understand you love!

In a Taco bar, one guy complains because he doesn't like what he's ordered. Spoken at a volume just so everyone sitting at the tables can hear. Guess you just picked the wrong item off the menu. shouting at the poor girl at the till wont help!

The false over excitable positivity is positively wearing!

A teenage girl says to uniformed soldier "thanks for your service". Now while that is a worthy statement, it just comes across as overly false to me. (thank god we're all safe in the world!)

I've overheard so many "private" conversations both between two people or like one guy on the phone all held at a volume so that everyone can hear. The guy on the phone actually looking around the shuttle bus as he spoke - Just checking everyone is listening?

Subtly is lost on them it seems.

In a New York minute.
After 11 months of summer its bloody freezing back in the northern hemisphere. Winter is lingering along with patches of snow.

Getting outta town was my primary target on arrival at JFK. Queens, The Bronx. All names that have conjured up images of New York in mostly less than luminous light! Its not a pretty place in the most part. Lots of streets under a constant shadow of the steel support for the overhead train lines. Steam venting from the grates in the road, Yellow cabs with no English speaking drivers finding their way by satellite. Everyone pre-occupied with their own little bubble of existence. Not wanting to encourage conversation or even interest.

The world is so much more open outside of cities where globally it seems to me, the self centred, the self important and those driven by opportunity, money or ambitions of power seem to gather in their millions.

It's an old story. "Where the streets are paved with gold"... And it's still being played out today at the channel ports, the Mexican  border and in the Mediterranean.

Give me the open smile and interested conversation of someone who sees beauty in open spaces and blues skies. Those are the real human beings. Those are the people who can see the world for what it is and not the dumping ground of human waste that so much of our planet has become. 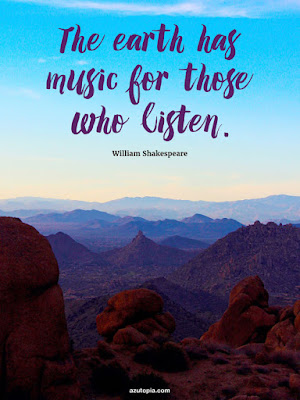 On a lighter note!

The Catskill region in "up state new Yoyk" is a very nice area to be.. The Hudson valley hugging the wide waters of the Hudson river. Classical old style wooden houses clustered around small towns and huge bridges spanning the cold waters. No sign of leaves on the trees, but the weather forecast is for milder temperatures.. In fact "record" temperatures for the time of year.

My long hot summer has come to an abrupt end. But it was amazing while it lasted. The days are clear, crisp and actually beautiful in their own way. Winter is on the wane. but from what I have seen so far there's little in the way of signs of spring in the slow to react flora. The trees, still naked branches and the grass around so many of the houses brown and obviously recovering the the harshness of the northern winter.
Just another American observation.
Drive through burger joints... Ok..
I've seen drive through beer sales in Australia..
But a drive though ATM! Has to be the ultimate in car culture laziness?
Posted by Mark Dalton at 01:29

So, as a first timer here I wanted to say that your site is completely superb! We’re interested in starting a volunteer initiative in this niche. The tips on your blog were extremely helpful to us, as it gave us something to work on. Thanks.