Hopefully this post will publish in the right order! 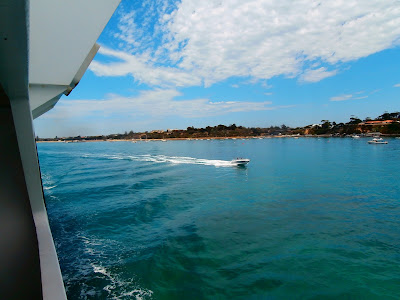 From the bay ferry at Queenscliffe the temperature rose to the high 30°s as I travelled West for a change. Torquay and Anglesey passed without sight of any camping facilities. Although those two places are at least closer together than in the UK!

The Great Ocean road twisting and turning around the coastline. Rainforest on my right and rolling surf on my left as I travel west.

At a point where riding became uncomfortable a few clouds rolled in and cooler weather made progress a little easier. And as the skies darkened a campsite in Lorne provided what I needed just when I needed it.

I'm still not sure how that happens, but it has been a regular feature of the whole journey. Maybe there is something to be said for cosmic ordering! 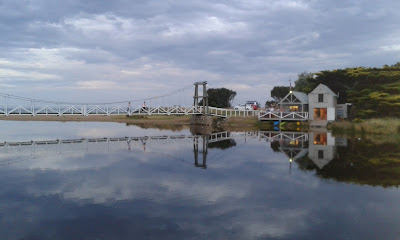 Lorne is a little seaside town with a couple of pleasant rivers meandering down to a long shallow beach with rolling waves and some sense of being there for a while.

One thing Australia lacks is any olde worlde charm. With the majority of buildings only a few years old you won't find cobbled streets leading to an historic harbour. But the rainforested coastline and easy pace of life is a pleasure to be enveloped in. 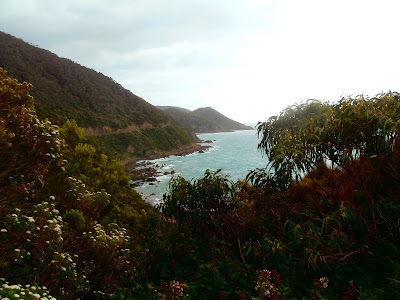 In other news.
I've made a few decisions about how the rest of the trip will unfold.
After a few investigations about shipping the bike to NewZealand, the cost simply isn't worth doing.  So I've decided to use some of the money saved to hire a camper van in NZ and fly myself home by continuing East to complete the circumnavigation of the planet.

Time and money are both at a premium and riding across the USA isn't feasible with what I've got. I'm not spent up, but it's not a bottomless pit and I don't want to arrive back in the UK on Friday and go back to work on Monday! 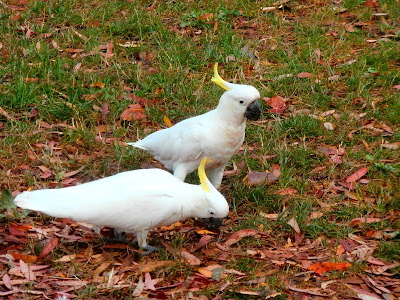 So that's for the future. . For now I have the great ocean road to ride towards Adelaide and that's just fine thanks.

Sunday. . It's cool. less than 20°C - A pleasant summer day, broken after lunch by persistent rain. The local cinema (est. 1937 and never modernised it seems!) is showing Star Wars episode VII. . Well nothing spoiling, but it's just a clichéd rehash of the original story. The sun is out by the time it's over. Time to move on tomorrow. Travel is the overriding necessity. Sitting still just a pause between stages of the journey.

The road twists and turns from the coast through rainforest with huge prehistoric style ferns and massive twisted trees. It is a sight to behold and one I try to fix in my mind, but like many others will be washed from memory as I progress.

The twelve apostles is an impressive coastline of eroding sandstone pillars, except there aren't twelve any more as nature takes its course. The advertising brands it as the worlds most dramatic coastline. Quite a statement! Half of the population of south east Asia seems to be drawn to the viewing hotspots that necessitates a jostling of position to get the photo in between the selfie sticks and posing for smartphone shots. Luckily I possess my own way of rising above the masses! 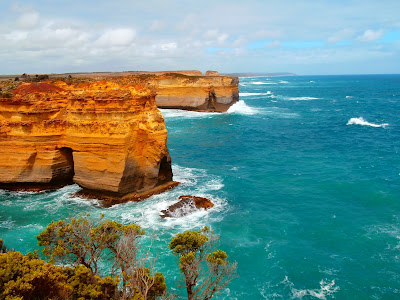 And a small hillside campsite overlooking a river provides a restful night not far from the pillars of sandstone and the sound of the ocean carries round the headland and up the river valley to lull me to sleep. 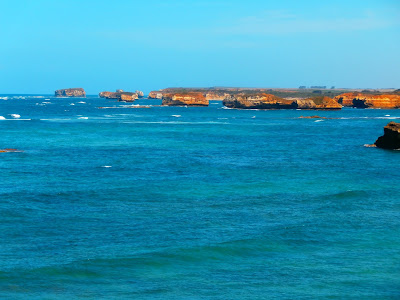 The ride through picturesque Port Campbell and along the rest of the Ocean Road is uneventful apart from a brief stop at Port Fairy where a gentleman from Malaysia thrusts $10 into my hand and tells me to buy myself a good meal after taking photographs of my bike with his wife/daughter. . .not sure if he thinks I'm either poor or undernourished or both!

The road eventually leads me past Portland and on to Cape Bridgewater that will be my destination for the Christmas weekend.

Not a bad view to wake up to each morning!

A stroll along the beach on Christmas day will be a pleasure! Although it will be a challenge in the chilled southern ocean to manage my ritual of swimming in every sea I have travelled along so far!. Australia's south coast is reminiscent of the UK's north east coast it seems with "bracing" winds and cold sea. 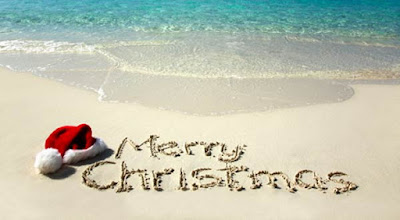 Happy Christmas mark hope ypu don't get too much of a tan on xmas day..... all the best xx

Best wishes Mark , your photos and blog is great, stay safe and have a fantastic christmas . . . .

Bet wishes Mark, not sure if you got first message ? stay safe and have a great Christmas.

Merry Christmas.!
Enjoy the festive season. Joy and good will go all

Happy Christmas Mark. Enjoying your blogs. Much has changed at work with voluntary redundancies for some including me. Think your job is safe . Rgds Paul Edwards.

Happy Christmas Mark. Enjoying your blogs ! I have taken voluntary redundancy since you left.
Think your job is stil safe. Best wishes and safe journey.