Well the whole point of getting here when I did was to avoid the wet season but seeing as I've been here a month and "the wet" is late, it seems I've ridden my luck too far and a passing thunder storm this afternoon was a warm up act to the main event this evening.

With biblical rain illuminated by brilliant flashes of lighting backed up by the staccato beat of thunder claps. The tropical heatwave has been brought to a sudden end. 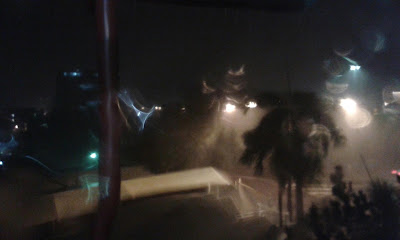 No biggie. . As they say here, but might make travel and possibly camping an interesting experience once I get moving.

After a weekend of no progress, as expected an early call to the warehouse and yet more delays.  .The bike was allegedly cleaned on Friday but failed a further check by another inspector and rather than sort it out there and then it was left over the weekend and will be booked in for another clean and inspection  "maybe today maybe tomorrow" . . .  . . . . .  (Deleted swear words)

With the news reports calming Australian's after the events in Paris by saying the border controls are "the best in the world" I have to say in my experience they couldn't organise the proverbial. 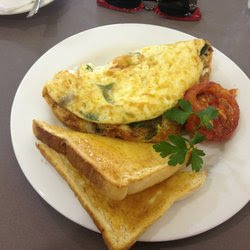 English really is a strange language

The rain storms continue on the north east coast. . But Darwin has returned to its hot and sunny state after the weekend storm. I think something is aligning to make me avoid the worst of the weather in Queensland.

At least I know I'm not the only one going through this experience as Scottish couple Norman and Elaine travelling the world on their Triumph Scramblers are going through their own drama's. 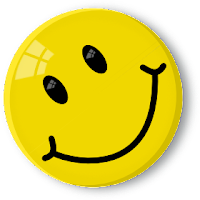 A day of non returned phone calls, follow up chaser calls. .
Being told the guy I'm dealing with is not in the office. . etc. etc.

Enough is enough. . A personal visit proves he is. . I don't wait for an update. . Another call and another half an hour later until I get a call back. . I've to be at the shipping agent at 07:30 tomorrow to sort it out . . Whatever it takes . .its getting sprung from their clutches.

With the rest of the stuff - A combination of Compulsory Third Party insurance, Overseas Visiting Vehicles permits, Compliance checks and interstate legality to be dealt with after I re-enact the great escape leaping the wire scene !

Wot a load of bollaks